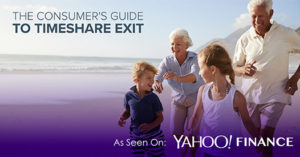 PHOENIX, April 25, 2019 /PRNewswire/ — Gordon Newton, author of The Consumer’s Guide to Timeshare Exit and president of Newton Group Transfers, has issued a consumer alert for timeshare owners. This alert comes after the breaking news that American Resource Management Group filed for bankruptcy in Florida.

Newton stated, “Consumers are even more vulnerable than before. Many more of these exit companies stand to fall because, in my opinion, many fail to prudently manage their operations, or even engage in unethical tactics to win customers, and may even misrepresent their exit process to their customers.” Newton launched his Consumer’s Guide during National Consumer Protection Week in 2018 based on his years of work in the timeshare exit space to help educate consumers and protect them from the bad actors in the timeshare exit industry.

American Resource Management Group, controlled by Shyla Cline, Eric Cline, Scott Morse, and their multiple affiliated companies including; timeshare exit brands Resort Release, Resort Exit Team, Redemption and Release, and others, recently filed for bankruptcy. This news comes less than a year after other infamous names in the timeshare exit space, American Consumer Credit and Castle Law Group, closed their doors. These bankruptcies create turmoil for timeshare consumers who unwittingly do business with unstable timeshare exit companies or even unethical business models, as described in a Motion to Appoint a Trustee over the bankruptcy, which the bankruptcy court wisely granted.

A possible consequence that results when exit companies go out of business is that hundreds – and often thousands – of timeshare owners who were customers of these bankrupt companies get pushed aside, delayed, and perhaps even lose their money that they paid to these exit companies. Even worse, they leave those same consumers – often elderly and on fixed income – without the financial means to hire a reputable company to help them.

With the combination of anti-consumer legislation and bad actors in the exit industry, Newton believes that there is clearly a need for timeshare owners to educate themselves on the options available to them and what to watch out for. He highly recommends that all timeshare owners get a copy of The Consumer’s Guide to Timeshare Exit, which warns against many of the practices used by the many companies that have recently run into financial trouble or closed their doors.

Consumers can download a free copy of The Consumer’s Guide to Timeshare Exit at MyExitGuide.com.